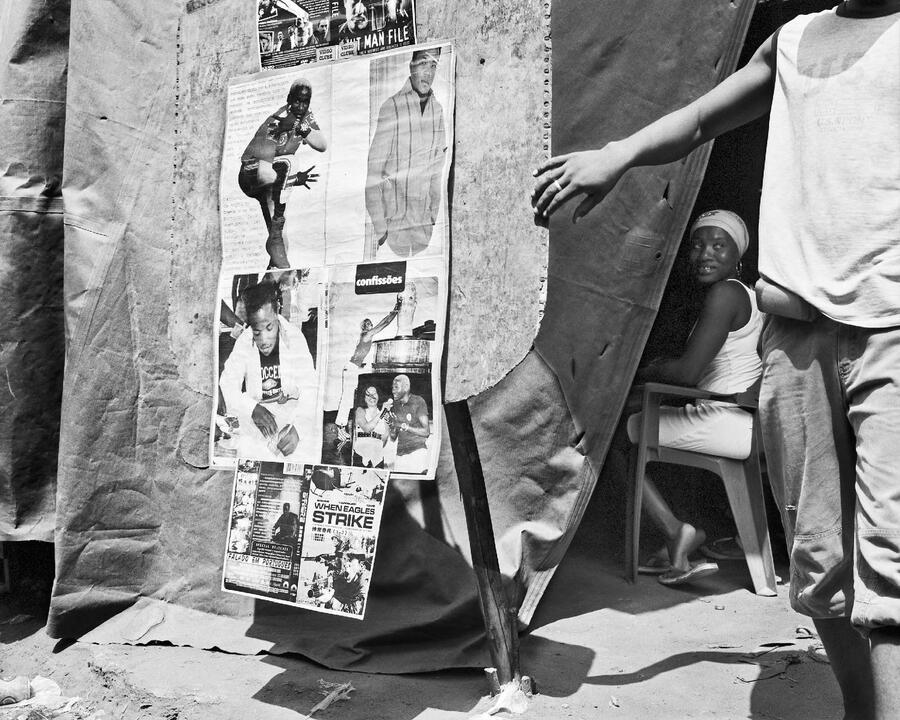 Stepping into one of Ractliffe’s photographs is not unlike entering the uncanny universe of Pedro Páramo: harsh landscapes populated by disquieting shadows, places where time seems to have abandoned a linear trajectory, where the dead and the living inadvertently cross paths.

– Daniela Montelongo, from the essay ‘On the Road to Paramus: A Tale of Two Donkeys’, DBPFP22 Catalogue

For more than 30 years, photographer from South Africa Jo Ractliffe has taken many landscape-themed photos in his native area. The 1980s photograph is an extensive monograph, which includes significant photo essays, early works and recently published drawings, richly contextualized by literary references and testimonies from a wide range of authors, curators, and thinkers. Presented chronologically, and introduced by the artist’s direct text, Ractliffe’s drawings have testified to the complexities of a country feared by the violence of Apartheid, as well as the aftermath of the civil war in neighboring Angola. While Ractliffe is often recognized as one of the leading social photographers in the South African country, his overly revealing images are often flashy and usually don’t fit into the social documentary genre. Ractliffe was interested in quiet poetry, not direct political speech, lyrics rather than swearing. From decommissioned military posts, to temporary residences stalked by stray dogs, the subject matter is delivered through distinctive visual language characterized by solitude and absence. But neither are these images still or empty, but convey the message of these places of massacre, forcible displacement, and violence with muted intensity. While black-and-white images dominate, there have also been important breakthroughs in color photography and experimentation with photo and video montage. 1980s Photos – now allows us to trace some of the key tropes and threads of style that run such a signature through his work. These include favored techniques such as presenting images in sequences such as ‘film strips’, or shooting with plastic cameras and toys, as a way to add to Ractliffe’s unique way of capturing life – or lack thereof – on the open road.

I plunged into the field of photography is arguably quite late. When I was in high school in the 1970s, the image of being an artist meant being an expert or a sculptor. Photography, if anything, was a hobby, it wasn’t even an option when I first entered art school. So I ended up painting and it became a pretty bad piece and wasn’t happy at that. In 1980 I bought a camera which was a used Nikkormat, and I still have it today. It changed everything, it was like there was a little light burning in the mind. Funny how things make sense in retrospect, my matrix art project was on photography. I produced an entire picture book, which was printed in the dark room of a boy who lived near my house. It’s hard to articulate exactly what photography is to me. The crux of it, I think, is its tangible imprint, coupled with the fact that things aren’t just how they appear. I’m not sure if this makes any sense, but it has to do with the capacity of the photo to be associated with abstraction while maintaining a ‘reality’ consequential relationship. And it’s between those two contradictions that excites and frustrates and challenges me now as much as when I first started working. Another aspect has to do with the fact that my work mostly takes me into landscape photography themes, and many of the places I photograph require a long journey to get there. In fact, I thought driving was in me, even before I picked up the camera. When I was a child, my father ran a brick building on the West Coast about an hour’s drive to the West Coast. I would go to work with him on weekends and holidays always leaving early in the morning and coming home late at night, in the dark. My first image is of returning to that landscape on a long and solitary journey down the West Coast. So photography and driving seem connected and even inseparable. something about time and distance is necessary when entering the space I photograph. But more than that, I think my sense of sight was formed during the trip with my father, the size of the things framed by the car windows as we drove through the countryside.

What are your key influences and inspirations. Are there particular things that have shaped you creatively?

When I first started shooting, there wasn’t much access to the work of international photographers – South Africa was quite isolated during that time and books on specialists were also hard to come by. In 1982, returning from a trip abroad, my father brought home a book called World Photography. The book introduced me to many great people such as Robert Frank, Joseph Koudelka, Bill Brandt, Henri Cartier Bresson and Manuel Ivarez Bravo. But the book was very important in shaping my approach to the art of photography. Reading what photographers have to say about their work, it occurred to me that the separation between genre or convention or approach to any term or classification you might use is not fixed. Lots of overlapping so you can be political and poetic and expressive at the same time. This is very unusual in South Africa where the main role of photography is to expose the injustices of the apartheid government and there are codes and conventions that are quite clearly delineated about how people work. There’s something else: Richard Misrach’s work, particularly Desert Cantos (1987), a test site in the desert something of a rarity, the pared-down quality in his photos really caught my eye from the start. And a John Heartfield photo montage and a John Baldessari film composite. Then of course, there are filmmakers whose attitudes to space and landscape and light have had a huge impact: Wim Wenders, Terrence Malick, Sergio Leone, Akira Kurosawa and also the cinematographer, Gabriel Figueroa, whose work I only ‘discovered’ about fifteen years ago. And lastly, the incomparable Graciela Iturbide whose work cannot be expressed in words. However, most of my thoughts and visions are connected with what I read literature, poetry, even songs have helped me to articulate thoughts, ideas, and images of my internal world. It may have something to do with the shift in the medium as words activate my imagination differently than pictures and while I’m a terrible writer and I always feel locked into words, the opposite happens when I read. In almost all of my work I can see where someone’s writing has gone, from Ryszard Kapuscinski’s dog, first appearing in Nadir (1986) and sending me on a quest in Luanda 20 years later, to Emmanual Iduma’s quote at sea in Stranger’s Pose. (2018) that brings together all the different elements of Signs of Life (2019), even the title, Guess Who Loves You (1997), which comes from a Garfield mug! In the Angolan work, the expression ‘no fortress can prevent midnight’ comes from Norman MacCaig’s poem Hotel Room, Floor 12 (1968) which I had written in a notebook 15 years earlier. And while struggling to articulate what I was looking for on the battlefields of Angola, I found, in Susan Sontag’s On Photography (1977) the term, ‘negative enlightenment’, to describe her first experience of viewing concentration camp photos. That prompts questions about how to work in a landscape of absence and silence.